The coronation of Hanna Begovic as Miss World Canada 2018 completes this year’s Search, which spanned all ten provinces and impacted thousands of people. The crowning moment is the real life culmination of every delegate’s dream. The 20-year-old model and York University Dance student Hanna Begovic outscored fifty-five other candidates to claim the honour of representing Canada at the 2018 Miss World competition in Sanya, China in December. 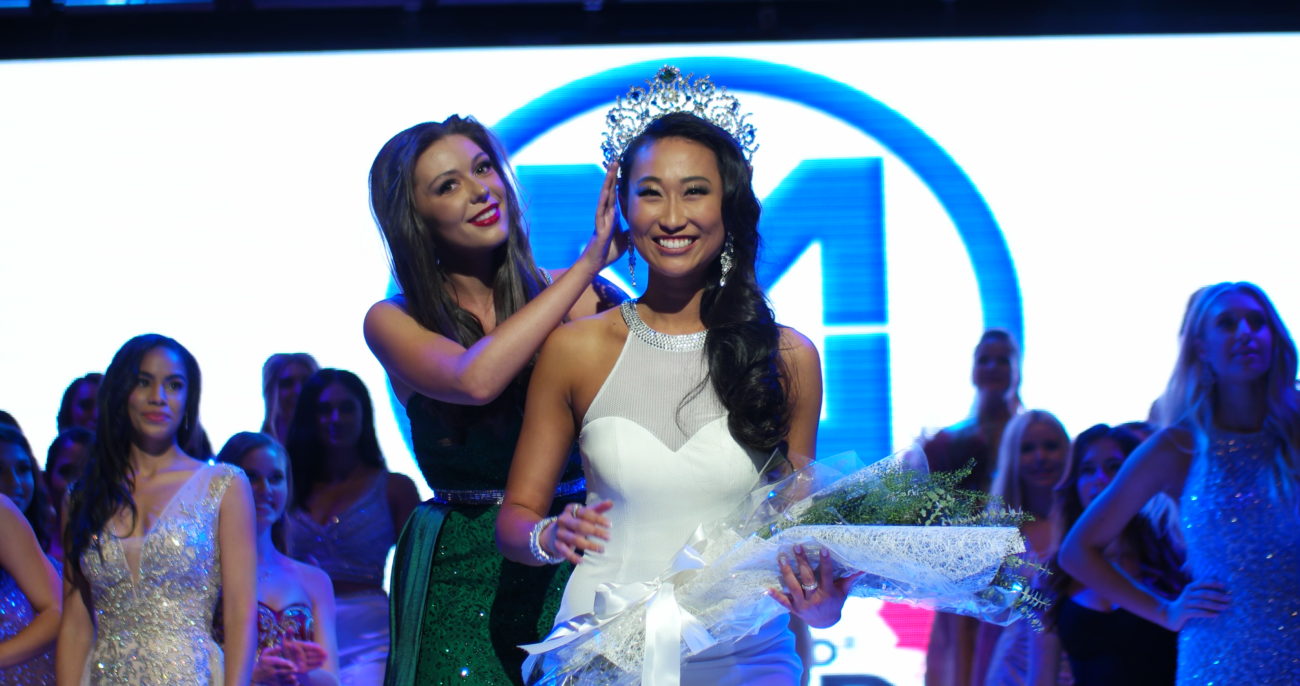 Melissa Young, Mariana Sanchez and Kristen Patterson seen (in order) to the left of Hanna below in the photo completed the Top 6 Finalists, and it was from this group that the winners were selected and announced in the very dramatic final sequence at the end of the evening. The show was very exciting all the way through, and although the Judges must have had a very difficult time deciding the particulars, Hanna’s performance had made her the crowd favourite early on, and left no doubt in the audience’s mind that she most deserved the crown. But let us consider that Hanna had plenty of pageant experience going into this competition. Prior to joining the 2018 Search for Miss World Canada, Begovic was crowned Miss Supranational Canada 2016, and she traveled to and competed at the Miss Supranational pageant that same year.

As the 2018 Miss World Canada titleholder, Hanna Begovic will be invited to participate at the 68th edition of the Miss World pageant in Sanya, China on December 8th, 2018. The current 2017 Miss World, Manushi Chhillar of India will crown her successor at the end of this year’s event.

Five hours earlier, the cast and crew were rehearsing feverishly to finish. The show was run back and forth stopping every few minutes to find new marks, cue new music, change the voice track or the position of the people speaking. In this way Michelle Weswaldi, Shawn Cuffie and Fernando Balbontín make the show. Everyone takes direction from one of these three people. These three professionals have been working together for ten years.

After the rehearsals, the delegates went to get their outfits ready and their makeup perfected.

The Judges were briefed by Michelle and Fernando. Shawn Cuffie is a Toronto dance choreographer who arranges two separate dances (the Opening Number and the Second Dance) and all the stage movement for tonight’s show. Christina Paruag is one of tonight’s Judges, and is the editor of FemEvolve Canadian health magazine. There were nine Judges altogether and they sit right up front in the very first row. This is the optimal place to watch the show.  Seen below are Reza Zarmehr, Nicole Servinis, Christina Paruag, Melani Chong and Arturo.

The white remote-controls seen in front of the Judges are the numeric keypads which these decision-makers use to score the delegates at least four different times throughout the evening show. Their input selected the winner.

Jennifer Turner brought her camera to the show and set up behind the Judges. Jen runs Modern Makeup in Toronto and her people did the makeup for all the delegates on stage, and probably the Hosts too. From her seat directly behind the Judges, Jen captured a lovely video of Hanna Begovic being proclaimed the winner, and the entire crowning sequence. Her video is included, embedded in this blog post. The opening number started small with just a dozen dancing delegates on stage for the first part of the song.

And then it got huge, as all fifty five delegates appeared dancing on stage. At one point, Cynthia Menard weaves her way through the dancing girls waving to their audience, and then she disappears backstage again as the dancers weave around the stage.

These videos by NiceVisions show the stage performances and announcements:

The Top Twenty Contestants are announced.

The Top Six Contestants are announced.

The crowning of Hanna Begovic as Miss World Canada 2018.

Here is final moments of the pageant as recorded by Jen Turner of Modern Makeup.

Cynthia Menard, Hanna Begovic, Melani Chong and Alyssa Boston after the show. Melani Chong is a very successful model turned actress turned chemist. This wonder woman was a Judge and is a huge supporter of the Search for Miss World Canada. She personally gifted each delegate vials of her latest skincare serum from MC2 Beauty, her product line. Melani was particularly taken with Alice Li who she remarked had great energy. This is what she told her when they met for the first time backstage. Below, outside the in foyer after the show is Miss Markham World 2018 – Jessica with her father and Karate coach.